Crickey.com on the Gold Medal tally

I must be a bit thick. I can’t make out this article on Crickey.com “The Real Olympic Medal Tally”.

They have a couple of really helpful tables giving the tally adjusted for population and GDP: 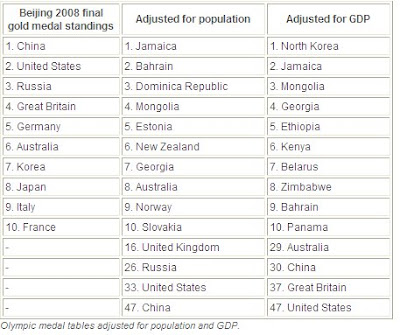 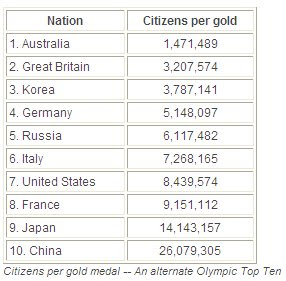 Where I feel that I am missing the point is in the “citizens per medal” category. How does this differ from “medals per population” category, and how does it give such a different result? For instance, the article claims that

0 Responses to Crickey.com on the Gold Medal tally